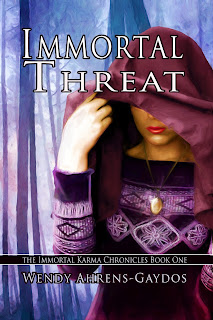 It's a battle that has been fought since the beginning of time and all Rhiana wanted out of life was to be able to do her part in tipping the scales in the favor of good & light each day.

With the help of her coven that stretches across continents and the support of the deities above she truly believes her actions make a difference in the world. Mundane her life isn't, but in a matter of hours it becomes turned upside down so many times Rhiana isn't sure she will ever get it straightened out again. There are other forces working against her, natural and otherwise, and they've decided to strike where it would hurt the most - members of the High Priestess's coven.

The brutal attacks are followed with a death threat that strikes fear in everyone and Rhiana starts to wonder if she'll be able to protect the people she loves and defeat an evil that thirsts for nothing less than complete destruction. With the help of every witch in her coven and her abilities in the Craft she decides to fight for everything that she loves and believes in. Will it be enough? 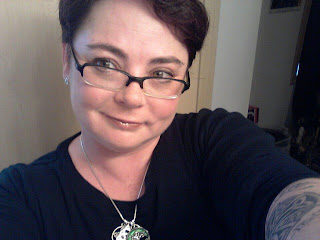 Wendy Ahrens-Gaydos started writing poetry and short stories at the age of 9 and never put the pen down, always dreaming of becoming a published author. After graduating from Abilene High School in Abilene, Texas she chose to enlist in the U.S. Navy and served as a Hospital Corpsman for 11 years. The military gave her many experiences and gifts, including her husband James.

Wendy left the service in 2005 to be a stay-at-home mom to their then only child - a beautiful and brilliant daughter Rhiana - and to support James in his continuing military career.

Now when Wendy isn't writing she works as a photographer, chases her hilarious toddler twin boys Isaac and Zachary, admires a 4th grade Rhiana who has apparently caught the writing bug from her mother as well and is attempting to spend more time with her husband that recently retired after 22 years of service. They live in the Pacific Northwest in Lake Stevens, Washington which they all love, including the rain.

If your interested in reviewing Immortal Threat please email me on:-
yablogosphere@gmail.com

Email ThisBlogThis!Share to TwitterShare to FacebookShare to Pinterest
Labels: Reviewers Wanted
Newer Post Older Post Home
Welcome to The YA Blogosphere! Please enjoy the NEW way to search through hundreds of blogs! Check out pages A-L and M-Z to find an alphabetical list of all the blogs below!

If you would like to add your blog to The YA Blogosphere, please be sure to read the How to Use This Site page first!

On YA Blogosphere? Get the button for your blog.